Jonas Stampe, the curator, director and founder of Guangzhou Live, is also the curator of four action art festivals in Europe, Infr'Action - Festival International d'Art Performance in Sète, France, Infr’Action Paris, Live Action in Gothenburg, Sweden and Infr'Action Venezia. He was also the curator and founder in 2009 and 2010 of the now discontinued Live Action New York. Since 2005 he has presented more than 400 performance artists from over 50 countries.

Jonas Stampe has further been active as an art critic since 1987, writing extensively for different Swedish and Scandinavian newspapers and art magazines on exhibitions on the international art scene and major events like Documenta, the Venice Biennial or the Whitney Biennial of American Art.

He is a preparing his Ph.D. in contemporary art history at the University of Lund, Sweden, focusing on post-war European and American art. He has studied art theory at l'École des Hautes Études en Sciences Sociales in Paris under the direction of Hubert Damisch. While being a theorician, his specialization is on European and American post-war art of the period 1944-1965.

In 2009 he was selected to be co-curator of the 10th Open International Performance Art Festival in Beijing. He was also curating a delegation of French artists taking part in the international biennial of performance art LIVE in Vancouver in October 2009. 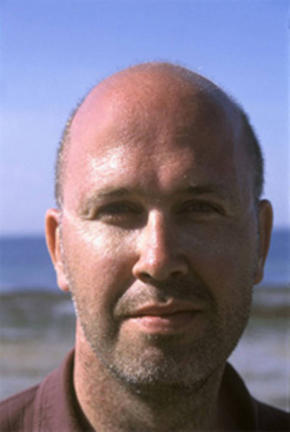